There are 15 Holiday cottages waiting in Osona 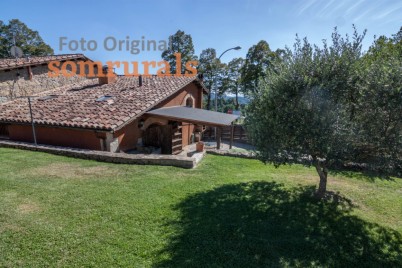 Rural mountain house between Ripollès and Osona. It has a garden with barbecue, pool between the nature of the area. Old mill perfect to enjoy a few days surrounded by nature. Rooms with bathroom, fireplace and barbecue in the garden. Cottage with large garden and large games room. Ideal for groups up to 14 people. Elegant cottage with large garden outside. Cottage with modern decoration in Viladrau 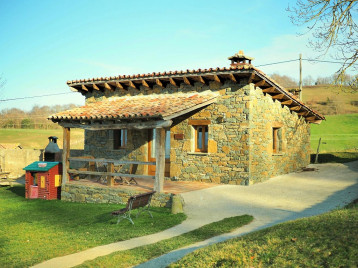 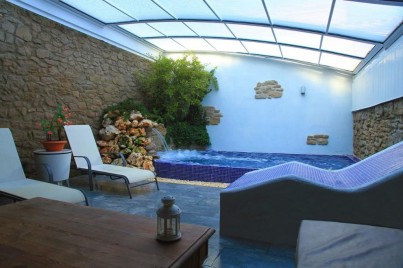 Country house ideal to relax and enjoy the surroundings of Lluçanès. Wellness area, living room with fireplace and terrace with pool and barbecue. 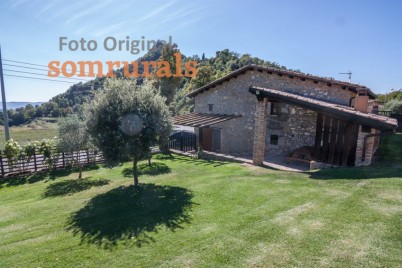 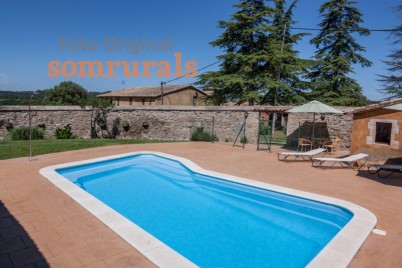 Rural house with garden with swimming pool, games room and barbecue. Ideal to discover the Lluçanès. 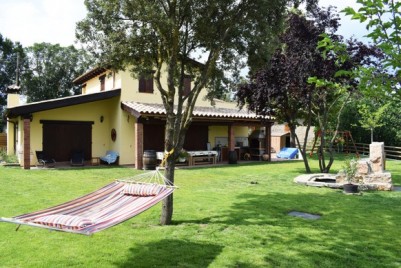 Rural house for families and groups, surrounded by nature in the middle of Lluçanès

Somrurals offers you the possibility of reserving a rural house in the Osona region. Osona is famous for being between Barcelona and Girona, and for its landscapes made up of different geological units. 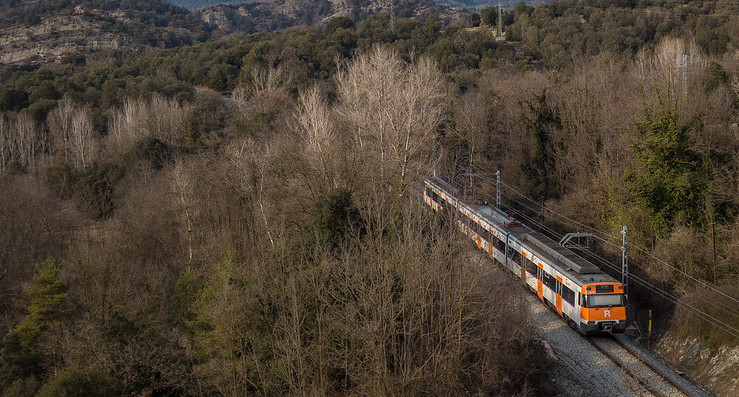 What should we know about Osona?

Osona , as we have just mentioned, is known for being mostly located in Barcelona and having two towns in the province of Girona , specifically, Viladrau and Espinelvas.

This region is made up of up to 50 municipalities , the best known of which are Vic (its capital), Torelló, Manlleu, Taradell, Centellas, Vilanova de Sau and Tona. Its total area is approximately 1,245 square kilometers, which makes it one of the 10 largest regions in Catalonia.

In order to access it, you can do so using different means of transport:

Bus . There are different routes that go to Vic, the capital of the region. You can get there from Barcelona, Manresa, Granollers, etc.

Train . Vic, the capital of the region, has a station operated by Rodalies de Catalunya (RENFE). We can get to this station using the R3 line that departs from L'Hospitalet de Llobregat and goes to the French town of La Tor de Querol.

Plane . The main airports in Catalonia are at the following distance: Gerona-Costa Brava at 57 kilometers, Barcelona-El Prat at 90 kilometers, and Lleida and Reus-Tarragona airports at 170 kilometers.


If we refer to the location of the region in Catalonia, we could say that it is in Central Catalonia . It is also surrounded by the following regions: Berguedá, Ripollés, Garrotxa, Selva, Vallés Oriental and Bages.

As for its landscapes, we can enjoy, among others, the Plana de Vic, the well-known Ter river, the Montseny massif, the Transversal mountain range, the Sau reservoir and the Bellmunt, Curull and Cabrera mountains. In addition, this region is bathed by different rivers that also give rise to incredible landscapes. The best known are the river Ter and the Congost. Although the 50 municipalities in this region are beautiful and all of them have at least one reason to be visited, we would like to highlight the following five:

Vich (Vic in Catalan). It is the capital of the region and the most populated municipality. We highlight this town for its medieval constructions and Romanesque style constructions, such as: the Roman Temple or the Cathedral of San Pedro de Vich . It is also known for its university or for its sausages.

Vilanova de Sau. Despite being one of the least populated towns in the region, we believe that it is a must for the Guilleries massif , the Church of Santa María de Vallclara and the Sau reservoir . The latter houses the remains of the church of San Román de Sau that may be visible if the reservoir has a low water level.

Torelló. We highlight the Castle of Torelló. Currently of this only the cylindrical tower can be visited. However, from the location of this castle we can see the Ter Valley, part of the pre-Pyrenees, different peaks and different mountains such as: Bellmunt, Cabrera or Curull.

Manlleu . Like other towns in the area, it is known for its Romanesque style buildings. In this case we can visit the Church of Santa María , the Church of San Julián de Vilamirosa or the Sanctuary of Puig-Agut .

Taradell . In this town we can also find different places of interest. We recommend the Castle of Taradell of medieval origin, the parish of San Ginés of neoclassical baroque style and the Tower of the prison also known as La Torre de Don Carles .

We can also highlight other municipalities such as: Masías de Roda, Centellas, Seva, Tona, Viladrau, Folgueroles or Roda de Ter . What to do during our stay in the Osona region?

As we have seen, it has many places of interest and in all of them you can do countless activities. We recommend the following:

Routes . There are different hiking trails, as well as routes designed to be done by bike or 4x4. If we had to choose one, we would select the routes of Salto de Sallent and Casadevall cliffs that leave from Rupit and La Rocallarga that starts from the Avenc cliffs.

Natural area of the Guilleries-Sevassona . It houses the well-known magical forest of Savassona. In addition, in this natural space we can see different types of landscapes: Guilleries, Sevassona and Collsacabra. This makes it have a unique beauty.

Visit to the Sau Swamp . As we have commented previously, it is located in the town of Vilanova de Sau. As a particularity we can say that, in the dry season, we can visit the remains of the town that in rainy seasons are flooded by the waters of the Ter river.

Parties and fairs . At certain times of the year they hold different fairs and exhibitions. For example, during the first weeks of December Vic usually hosts a medieval market .

These are just some of the activities that you can do. Even so, there are many more such as film festivals, activities and excursions with children, activities to do as a family in the different museums, visits to markets, etc. Somrurals is from Osona, and you?

In addition to this region, Barcelona is also made up of other regions such as: Alt Penedès, Anoia, Bages, Baix Llobregat, Barcelonès, Garraf, Maresme, Berguedá, Vallès Occidental y Vallès Oriental.

How much does a rural house cost in Osona?

The prices of a rural house in Osona may vary depending on the time of year and its services. We have simpler houses and very complete houses with all kinds of services. Usually the price for a weekend is between € 25 and € 50 per person and night on the weekend.

What are the main rural tourism areas to visit in Osona? The most popular areas among people who reserve a house in Osona are:

Among all the rural tourism houses in Osona in Somrurals, which have received a higher average rating, evaluating different aspects of their stay, by our clients, we find these options

These are the rural houses d'Osona as a couple, with a better evaluation. The most valued aspects are privacy, as well as charm and authenticity.

The rural houses in Osona for groups, stand out for offering spacious spaces, and a number of rooms that make it easy to host groups. The most popular are:

How to book a house online in Osona with Somrurals?

On the Somrurals website you can reserve your rural house in Osona online. By using the date and number of people selector, you will be able to see the prices online and complete the reservation, with the advance payment of the amount of the reservation. You will receive all the information on your phone.

Elegant cottage with large garden outside.

Cottage with large garden and large games room. Ideal for groups up to 14 people.

Cottage with modern decoration in Viladrau