There are 15 Holiday cottages waiting in Baix Empordà 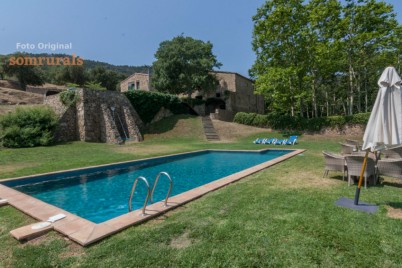 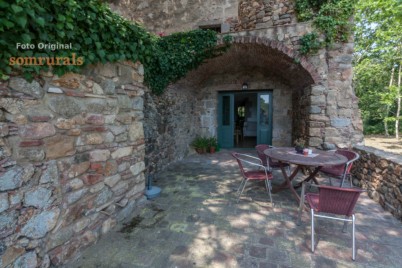 Cottage with large garden, barbecue, games room and playground. Very close to the beaches of the Costa Brava. 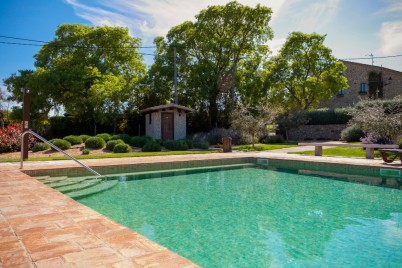 Cottage near the beaches of the Costa Brava. Large garden with barbecue, pool and playground. 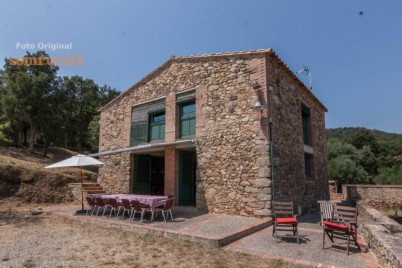 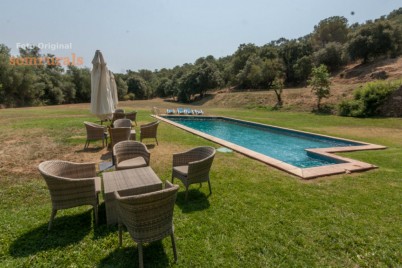 Small rural house near the Costa Brava. It has a large garden with barbecue, pool and playground. 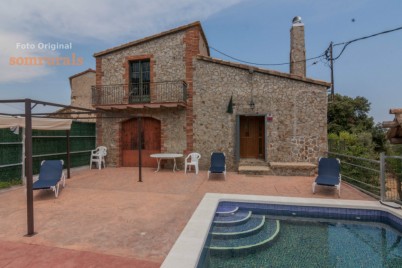 Country house in the mountains of the Gavarres, a few minutes from the Costa Brava. Pool, fireplace and simple decor. 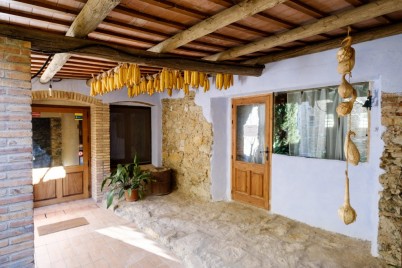 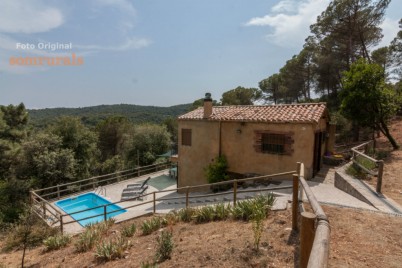 It features a pool for small groups. Bright and welcoming.

Somrurals gives you the opportunity to reserve rural houses in one of the municipalities of this fascinating region. In it you can relax and enjoy its wonderful landscapes and beaches. 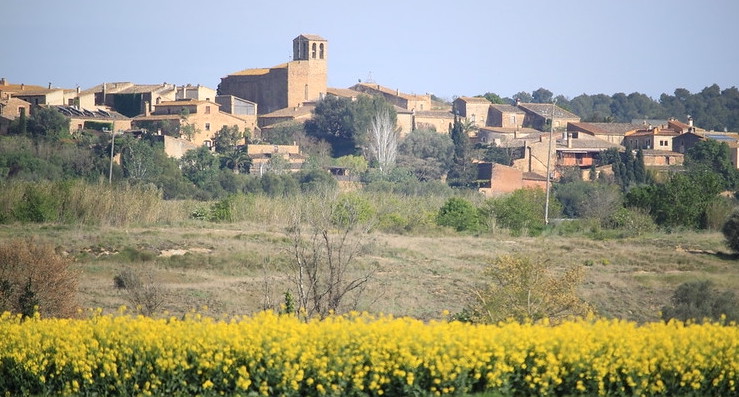 What should we know about the Baix Empordà?

Baix Empordà or Bajo Ampurdán is another region located in the province of Girona. It has a total of 36 municipalities, among which are some as well known as: La Bisbal d'Empordà (capital), Palafrugell, San Feliu de Guíxols, Calonge or Palamós.

Regarding the total area, it has approximately 700 square kilometers, which in the ranking of the area of the regions of Catalonia places it in the 22nd position.

Referring to its location in Catalonia, it is located to the northeast and is home to a large part of the Costa Brava. It borders the following Girona regions: Selva, Gironés and Alt Empordà.
You can get to the region using any of the following means of transport:

Train. The region does not have many train stations nearby. The closest is that of Flassá located in the Gironès region. The Media Distancia line that departs from Barcelona and the RG1 line of the Gerona suburban line passes through this station.

The landscapes of this region stand out for being located in the center of the Costa Brava and for having such well-known rivers as the Ter or the Daró. Formerly, until 1935, together with the Alt Empordà, it formed a single region called Ampurdán. In 1936 it was divided into two giving rise to Alt Empordà and Baix Empordà. 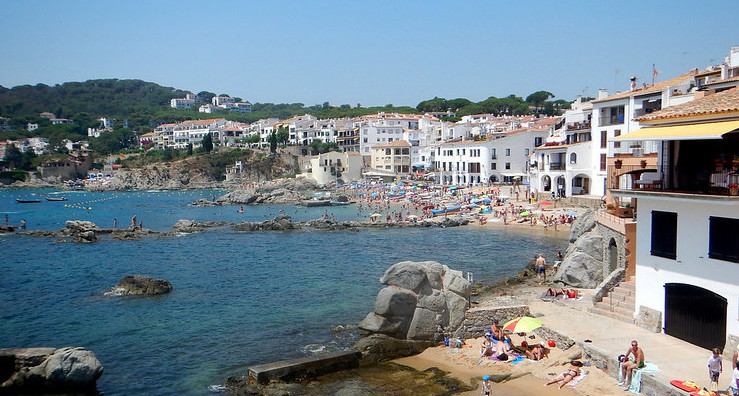 As we have mentioned previously, it is a well-known region with a large influx of tourists, especially in the summer season. We recommend that you visit at least the following municipalities:

La Bisbal del Ampurdán, La Bisbal d'Empordà in Catalan. It is the capital of the region, although it is not the town with the most population. In it there are various monuments such as, for example, the castle of La Bisbal declared a site of cultural interest and of the Middle Ages, and the convent of Sant Sebastià.

Palafrugell. It is one of the best known thanks to its beaches. If you like the Costa Brava, surely you have ever been to this wonderful town. In addition, its gastronomy is also well known in the area. In this municipal area we can find more than 10 kilometers of wonderful beaches and coves. Likewise, it also houses the Iberian town of San Sebastián de la Guarda and the Sant Sebastià Lighthouse.

San Feliu de Guíxols. It is the most populated municipality of all those in the region and is especially known for being a holiday town. The Romanesque monastery, the promenade or Porta Ferrada are some of the places of interest that we can find in it. In addition, it also has a Monastery that has been declared an asset of cultural interest and historical heritage: the monastery of San Feliú de Guíxols.

Calonge. If we like something about it, it is that it has two different parts. On the one hand, we have a medieval town located on a small mountain and, on the other hand, a more modern area located next to the sea and which is the holiday destination of many people in Catalonia. The Castle of the Barons of Calonge is well known and is quite well preserved.

Palamos. It is one of the most touristic towns in all of Catalonia thanks to its beaches and coves. As places of interest we can highlight the Iron Bridge or the Maritime Province.

What to do during our stay in the Baix Empordà region?

Being one of the most touristic regions in Catalonia, there are countless activities to do and places to visit at your disposal. We highlight the following:

Beaches and coves. With many kilometers of coastline and being the Center of the Costa Brava, you cannot leave the region without having visited one of its beaches or coves. We recommend the following: Cala Cap Roig Beach (in Calonge), Gran de Palamós Beach, Cala El Golfet Beach (in Palafrugell), Cala Aiguablava Beach (in Begur) and Cala d'Aigua Xelida (in Palafrugell).

Medieval history. As the Alt Empordà it has a great medieval history. Specifically, in Pals you can visit a large medieval town. You can stroll through its small streets made with stones or visit its towers, arches or ancient vaults. In addition, in Palafrugell we can find the remains of an Iberian town called San Sebastián de la Guarda.

Museums. Being a very touristy region, it also has several museums such as: The Jam Museum (in Torrent), the Fishing Museum (in Palamós), the Doll Museum (in Castell d'Aro) or the Cork Museum (in Palafrugell ).

Likewise, you can also go horseback riding, balloon rides or do all kinds of nautical activities. Somrurals is from Baix Empordà and you?

How much does a rural house cost in Baix Empordà?

The prices of a rural house in Baix Empordà may vary depending on the time of year and its services. We have simpler houses and very complete houses with all kinds of services. Usually the price for a weekend is between € 25 and € 50 per person and night on the weekend.

What are the main rural tourism areas to visit in the Baix Empordà?

The most popular areas among people who book a house in Baix Empordà are:

Among all the rural tourism houses of the Baix Empordà in Somrurals, which have received a higher average rating, evaluating different aspects of their stay, by our clients, we find these options

These are the rural houses of the Baix Empordà as a couple, with a better evaluation. The most valued aspects are privacy, as well as charm and authenticity.

The rural houses in the Baix Empordà for groups, stand out for offering spacious spaces, and a number of rooms that make it easy to host groups. The most popular are

How to book a house online in Baix Empordà with Somrurals?

On the Somrurals website you can reserve your rural house in the Baix Empordà online. By using the date and number of people selector, you will be able to see the prices online and complete the reservation, with the advance payment of the amount of the reservation. You will receive all the information on your phone. 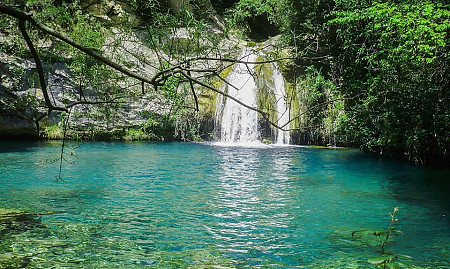 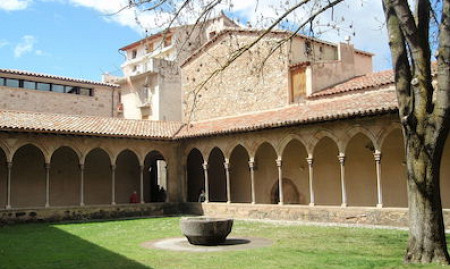 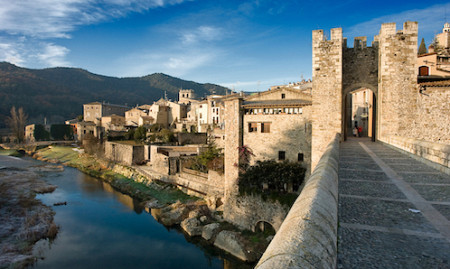