There are 41 Holiday cottages waiting in Ripollès 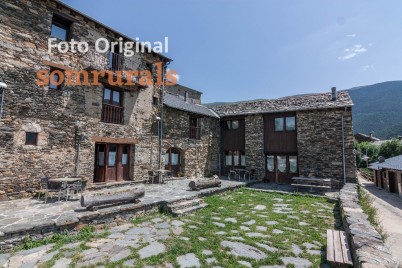 Rural house ideal for couples who want to discover the Ripollès. Garden with barbecue and perfect pool to rest. 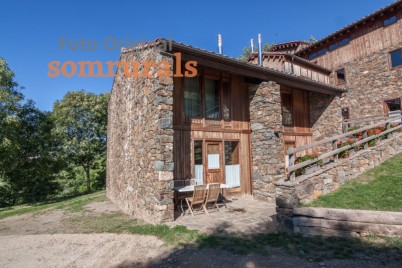 Rural house in full nature ideal for lovers of the mountain. Perfect for couples with children, living room with fireplace, barbecue and pool. Rural house with large garden with pool and barbecue. Perfect to spend a few days surrounded by the nature of the Pyrenees. 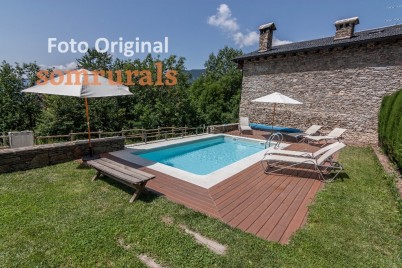 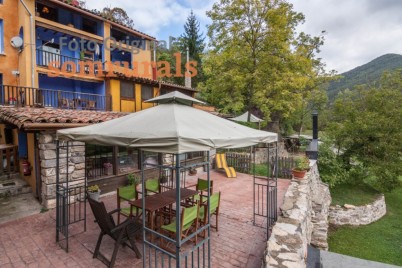 Rural house with large garden with barbecue and pool. Surrounded by the mountains and landscapes of the Ripollès. 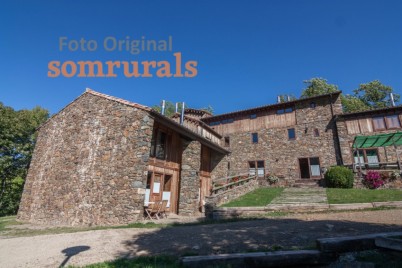 Rural apartment near the Vall de Núria and the mountains. Garden with pool, barbecue and the nature surrounding the farm. 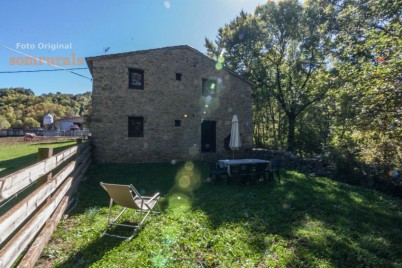 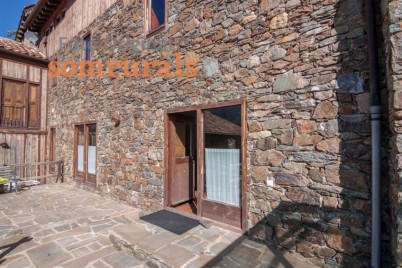 Perfect rural house to know and discover the Ripollès. Garden with pool, barbecue and surrounded by mountains and forests. Rural house to discover the landscapes of Ripolles. Game room, pool, barbecue in a large garden.

Somrurals gives you the opportunity to reserve rural houses in one of the best-known regions of Girona: the Ripollès. You can get to know the area and enjoy its wonderful landscapes while you relax in a rural house. What should we know about the Ripollès?

El Ripollés , Ripollès in Catalan, is a Catalan region located in the province of Girona. It borders other Catalan regions such as Bergadá, Osona or La Garrotxa and with French regions such as Vallespir, Conflent and Alta Cerdaña.
Its total area is approximately 955 square kilometers and is made up of 19 municipalities . The best known and the most populated are the following: Ripoll (capital), San Juan de las Abadesas, Campdevànol, Camprodón and Ribas de Freser.

If you want to get to this region you can do it using any of the following transports:
Car. Carts such as: C-17, C-26, N-260 or C-38 are destined for the Ripollès area and are in good condition.
Bus. Buses depart regularly from the main cities of Catalonia to Ripoll (the capital of the region).
Train. Ripoll has a Rodalies de Catalunya (RENFE) train station. The R3 line is running through this region. We can get to Ripoll from well-known stations such as Barcelona-Sants, La Garriga, Vic or Puigcerdà.
Plane. The closest airports are: Gerona-Costa Brava (100 kilometers away), Barcelona-El Prat (125 kilometers away), Lleida-Alguaire (200 kilometers away) and Reus-Tarragona (205 kilometers away).
As for its location in Catalonia, as we have already mentioned, it borders France to the north and is located in the Pyrenees area . This makes it a region surrounded by different mountains and mountain ranges . Which in turn encourages the existence of different ski resorts where we can enjoy and practice various winter sports.

However, this region is not only known for its mountains , we can also find great cultural wealth in it thanks to the Romanesque architecture of the area. If we like something about this region it is that it has many charming towns and countless places of interest. Next, we will show you the 5 municipalities that we recommend you visit before leaving the region:
Ripoll. It is the best known of all, in addition, it is the capital of the region. It is famous for its great cultural heritage and for its fairs and festivals that take place throughout the year. We recommend that you visit the Monastery of Santa María from 888, the ethnographic museum where you can learn about the history of the geography of the entire area and the Scriptorium . The latter is an exhibition in which you can learn about Ripoll's past.

San Juan de las Abadesas (Sant Joan de les Abadesses). It is located in the valley of San Juan and is known for its monastery from the year 887 and for the bridges that cross the river Ter. One of them is of medieval origin and the other is from the 20th century.

Campdevànol. Since years ago the municipality received the name of San Cristóbal de Campdevanol we can also know it from him. It has different places of interest among which the Hermitage of San Martín and the Hermitage of Sant Pere d'Aüira stand out.
Camprodon. As the Ter and Ritort rivers pass very close to it, it is known for its bridges. We can also visit the Monastery of San Pedro from the 10th century, the Isaac Albéniz Museum (Catalan composer) or its fountains that are distributed throughout the municipal term.

Ribes de Freser (Ribes de Fresser). In this town you can do the Via Ferrata and enjoy the Romanesque architecture. You can also visit the castle " Castell de St. Pere ". It is from the Middle Ages and its construction is believed to date back to the 11th century. What to do during our stay in the Ripollès region?

Thanks to both its cultural heritage and its landscapes, there are countless activities that can be done in the area. We highlight the following:


Winter sports. In the region we find three ski resorts. The Vall de Núria resort that has 11 slopes and where we can also snowboard. The Vallter 2000 station with 4 slopes for mountain skiing. Finally, the La Molina station, which has 53 first-class tracks and one of the best-known stations in Catalonia.

Routes. There are different routes that can be done both on foot and by mountain bike. We would like to highlight the Condal Pyrenees Route and the Terra de Comtes i Abats route.

Cliffs and waterfalls. In San Joan de les Abadesses we find stone waterfalls of incomparable beauty. We can also enjoy the cliffs of Santa María de Montgrony and Gorg dels Banyut . Gorgs are pools or stretches of rivers in which the depth of the water is greater than in other parts of its channel and where the water flows more slowly. In the region we can find several of these.

Bridges. As we have already highlighted previously, the rivers that cross the region are diverse. For this reason, there are many bridges in the different municipalities and some are from the Middle Ages. We would like to highlight the Romanesque bridge of Camprodon, since it is currently a great tourist attraction.


These are some of the activities you can do. However, you can also do mountain sports, mountain adventures, get to know the flora and fauna of the area, take gastronomic / literary / scientific routes or 4x4 routes. Somrurals is from Ripollès, and you?

How much does a rural house cost in Ripollès?

The prices of a rural house in Ripollès may vary depending on the time of year and its services. We have simpler houses and very complete houses with all kinds of services.

Usually the price for a weekend is between € 25 and € 50 per person and night on the weekend.

What are the main rural tourism areas to visit in Ripollès?

The most popular areas among people who book a house in Ripollès are:

Among all the rural tourism houses in Ripollès in Somrurals, which have received a higher average rating, evaluating different aspects of their stay, by our clients, we find these options:

These are the Ripollès rural houses as a couple, with a better evaluation. The most valued aspects are privacy, as well as charm and authenticity.

The best rural houses in Catalonia to go in a group?

If you are looking for a rural house to go with a group in Catalonia, take a look at this list below with the best valued houses for groups. They offer wide spaces, many rooms and are ideal for groups of friends and groups of families with children.

How to book a house online in Ripollès with Somrurals?

On the Somrurals website you can reserve your rural house in Ripollès online. By using the date and number of people selector, you will be able to see the prices online and complete the reservation, with the advance payment of the amount.

You will receive all the information on your phone. Isolated farmhouse, with plenty of outside space. 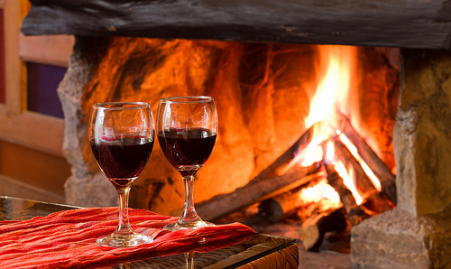 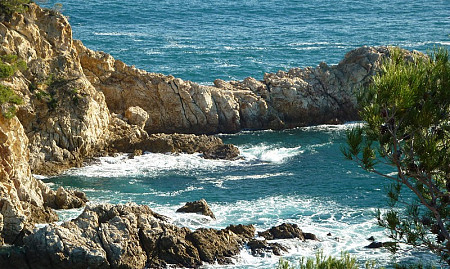 Begur
One of the pearls on the Costa Brava in Catalonia. Beaches, small coves and charm with international demands.
Read More
Descubre más